UFC News: Brandon Vera's Nose and the Natural Returns to the Octagon 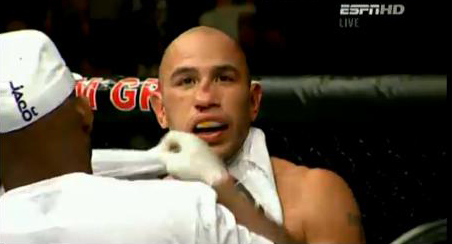 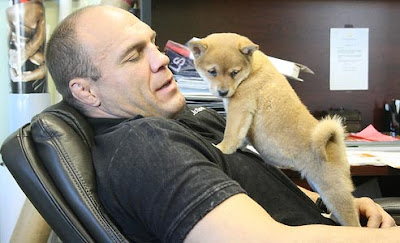 It appears we can put that Randy Couture retirement talk to bed, at least for the time being. MMAFighting confirmed with “Captain America” he’ll make his UFC return against fellow former light heavyweight champ Lyoto Machida.
“The Natural” acknowledged the showdown on Saturday night at UFC 125 while working Gray Maynard’s corner.
It was only a few weeks ago Couture kind of tweeted his retirement, only to clarify his statement shortly after with MMAWeekly.
The former two-division title holder claimed he was only interested in a bout with either current 205-pound king Mauricio “Shogun” Rua or Machida.
“If the right fight came along, and again by the right fight I mean, probably the one or two guys that I’ve really been interested in fighting for quite a while now had been Shogun or Machida,” Couture previously said.
It seems the 47-year old has gotten his wish, as he’ll be co-headlining UFC 129with Machida on April 30th in Toronto, Canada.
Georges St-Pierre is expected to defend his welterweight crown against Jake Shields in the main event inside the Rogers Centre that same evening.