Damn if only the word "in" could be said with one letter, then my title woulda been dope! XFC N PG.. meh w.e. Anyways, The Extreme Fighting Challenge 10 is ready to go, and takes place Saturday May 29th (UFC 114) at the CN Center in Prince George, beautiful British fricken Columbia Canada!!!! Bill "The Butcher" Mahood is saying that this fight will be his last, but then again... Randy Couture says that constantly, but you always see him back. Bill's got too much love for the cage, he'll be back.. but if he isn't... then you gotta be out there to watch and give him the support he needs!!! I won't be there unfortunately, I've got a wedding to attend, but I've sent out my good friend Gary and he'll be letting me know all the good stuff n deets on what's going on. I was joking by the way I'm not sending him out on a mission, he's going because he wants to!!! 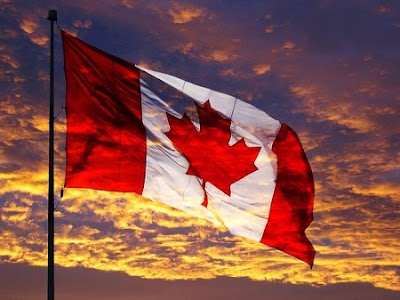 Oh Canada....the new home to the UFC!!! It was announced on May 25th that the UFC will open a Canadian office in our nation's largest city, TORONTO!!!! Lucky ducks!! And former Canadian Football League Commisssioner and one-time Adidas Canadian Pres. Tom Wright will be the divisions new head!! Dana White and Lorenzo Fertitta said that the Canadian office and Wright's hiring are apart of their "full-court press" to try and expand regulation of the sport in the country.. specifically in Toronto *cough cough*... where the sport is currently banned. They hope that the office will help spread the word about the sport's growth, safety track record and ability to boost local economies!! White said that the UFC currently has 140 to 150 employees, and the Canadian office will employee approx 12 to 15 people.


UFC Undisputed 2010 is out now!!! AND Dana White said it's the best fighting game ever made! Hmm, let's see what reviews its getting!

Quinton Rampage Jackson, the guy does a lot of things.. I mean he fights... he acts.. and now he's turning Brock Lesnar on us. Rampage will be making a guest appearance to co-host on................. WWE RAW! EWW I KNOW!!!!! He's gonna be promoting his new movie with his A Team castmates Bradley yummy Cooper and Sharito Copley on June 7th. The WWE has been getting some celeb guests lately.. to help boost their ratings since now people got some REAL entertaining fighting to watch with the UFC. Dana White was on the MMA Hour and said that he had no idea that Rampage was going to appear on WWE and said that he had no problem with it since he's good pals with Vince McMahon and because not like Rampage will be fighting in the ring or anything. OR WILL HE?....