Fight at the view IV RESULTS 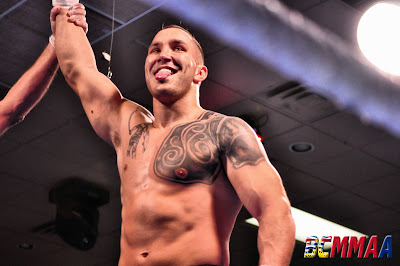 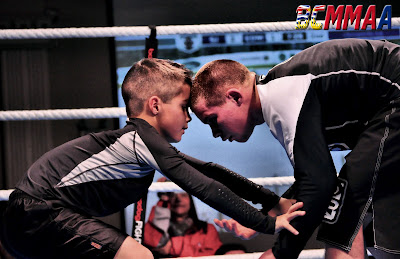 The fights were high intensity and introduced a few new players to the game.  It all Started off with a wrestling demonstration by RAW Academy.


In the first MMA Fight of the night, Keegan Mcauly (Bad Boy’s Muay Thai) VS Vicky Boparai (Bisla Martial Arts) initially looked like it was going to be a back and forth match, but it took a quick turn in the first round. Bopari swiftly finished it off with an Arm Bar after a fast transition and a show of talent on the ground. 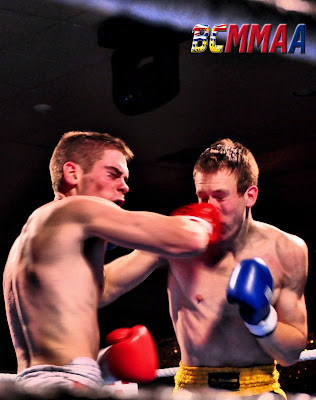 A Kickboxing, 160lb, match between Kyle Hanna(Champions) and Matt Furness(Carlson Gracie) started well for both contenders but the tide changed in the second round as Furness took a few solid kicks to the head and seemed to struggle with his focus. Kyle continued to advance forward and stay aggressive which led to a referee stoppage in the second round and the win to Hanna.


The MMA Match between Jordan Manning (Rising Phoenix), and Jeremy Kennedy(West Coast BJJ), was a great fight for the hometown fighter. Jeremy finished off Jordan at 1 minute and 25 seconds by Arm Bar. He had huge crowd support and is becoming a fighter to watch for. 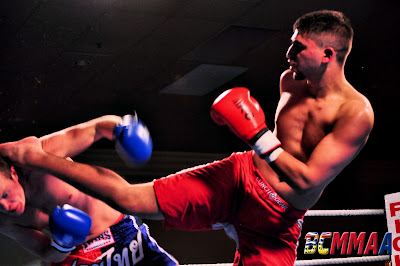 Bisla Martial Arts brought great representatives this evening, first Vicky Boparai, then in the 4th fight of the night Ronnie Gill VS Dash Randsalou(Champions). In this Kickboxing match Gill pushed forward right from the beginning. He fully dominated all 3 rounds and impressed the crowd with strong round house kicks and deadly accurate sweeps, leading to a unanimous Judge’s decision for Gill.

Brandon Babet (Team Havoc) VS Logan Martin (Carlson Gracie) in the first modified Muay Thai fight of the night was a heavy hitting match with most of the hits being delivered by Logan Martin. Martin’s right hook was so intense it took Babet off his feet 4 times in the first round and led to a TKO at 1 minute and 10 seconds of the 2nd round. 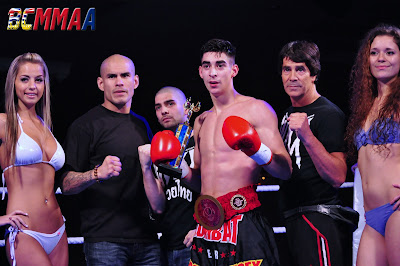 We would like to congratulate Josh Jauncey in his win over Jason Szakal(WKX), making him the BC Muay Thai Champion. This fight went the distance and finished after the 4th  round by judges decision.
The main event of the evening was Jason Keller (Bad Boy’s Muay Thai) VS Mike Reid (Kombat Evolution), Keller lived up to his local reputation and finished the fight by TKO due to referee stoppage in 1 minute and 58 seconds, making it look easy. Looking forward to seeing more from this great athlete. 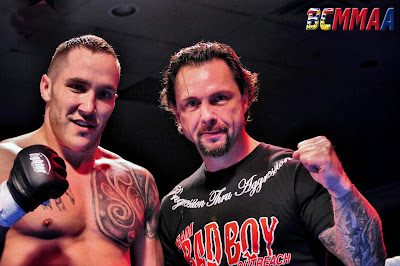 Keep an eye out all this week for pre-fight interviews with the competitors of Fraserview  IV, Battlefield Welterweight champion Jacen “The Man” Brooks and “Tricky” Nick Marinos.

On a side note three of the finalist from our BCMMAA.COM hometown Hotties and ring girl search where in attendance. Galina and Lexxi  as ring card girls and Summer has fallen in love with Mixed Martial arts ever since our competition and has been training 6 days a week at Bad Boy’s muay thai in Surrey and was even helping coach Jimmie “The Bad Boy” Griffith!! 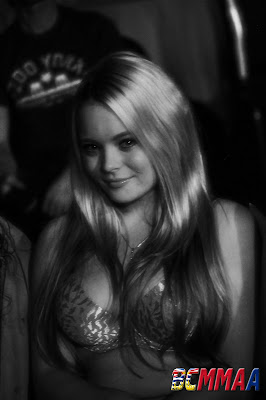