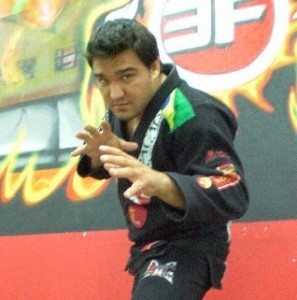 LEARN THE SECRETS OF THE DE LA RIVA GUARD FROM A WORLD CLASS COMPETITOR!

2nd De la Riva Black Belt Thiago Domingues is the 2010 Abu Dhabi World Pro Trials Champion, the 2009 Japan Absolute Champion, the 2008 Grappler’s Quest Champion and he has won many other titles. He will hold 4 seminars for the first time in Canada in the following West Coast BJJ locations:

Pre-registration cost is $60 for one and $95 for all seminars. Walk-ins add $20. Please register your spot as soon as possible with jason at 778-836-7473! This seminar is open to the public but there is only limited space available. 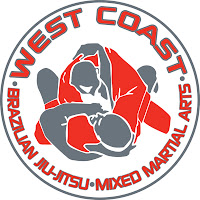 Thiago M. Domingues “Batatinha” was born in Sao Paulo, Brazil. Thiago is a Black Belt in Brazilian Jiu-Jitsu under Master Ricardo DeLariva Goded which is the inventor of the “DeLariva Guard” and the “DeLariva Hook” (used by many top fighters of the past and today’s date), he also is the only man to beat Rolker Gracie and Royler Gracie in the same day and beat Legendary Royce Gracie and he is the right hand of Grand Master Carlson Gracie (The Grand Father of MMA).

Thiago started training Judo when he was 7 years old, collecting titles in Judo in Brazil he felt that there was still something missing, when he came across Brazilian Jiu-Jitsu and there he found his passion.

Because of Thiago’s expertise in Brazilian Jiu-Jitsu he has being called up to referee many top tournaments in the USA (Naga, Florida State, Abu Dhabi World Pro Trials, Florida Classics, Copa America, and others)

Thiago is teaching at the DeLariva Jiu-Jitsu Academy in Orlando which was the very first academy of Master Ricardo DeLariva in USA and out of Brazil. His joy is to continue the job started by his Great Master DeLariva, teaching everyone that comes to his gym, everywhere he is invited to do Seminars or Coach, with the same principles DeLariva has had always which is always receive everyone with open arms no matter where they come from. Thiago’s wish is to some day see this great sport on the Olympic Games and show that this sport is for everyone no matter your age, gender or size. “Jiu-Jitsu will always better your Life”

Some of Thiago’s Titles: