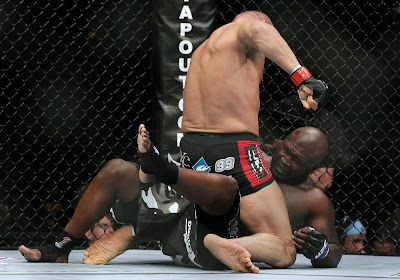 A florist wouldn't be the best person to change the oil in your car, much in the same way a boxer wouldn't be asked to step into the mixed martial arts octagon.

Two different areas of expertise, with each having its specific market.

Some might think boxing and mixed martial arts are the same - fighters wear gloves and scrap in an enclosed ring. But the two hand-to-hand combats are far from the same, according to boxers.

"They're in totally different leagues altogether," said Kenny Lally, a member of Canada's boxing team. "The UFC and MMA is more of a fight, where boxing is an actual sport. You can break it down even further with amateur boxing versus pro boxing. But that UFC stuff, in my mind, doesn't compare to boxing in the sports world."

Lally and several members from Team Canada are training this week at the Regina Boxing Club in preparation of the Ken Goff Memorial Boxing Classic. Team Canada will square off with fighters from England's national boxing team on Friday at the Credit Union EventPlex.

It'll be the furthest thing from a UFC fight card.

"It's unfair to compare different sports like that, because that's exactly what they are, different sports," explained Team Canada's Alex Rynn, in his third year with the team. "Boxing is a part of some MMA bouts, but it's hard to compare the two because they're just so different."

The most earliest accounts of boxing date back to 1500 BC. The sport was a part of the original Olympic Games. Mixed martial arts is the new kid on the block and has exploded in popularity in recent years.

"UFC is more marketable to fans," Lally said. "It makes a ton of money ... but one day the UFC won't be around anymore. Boxing will be still be going because boxing has been around forever. It's one of the oldest sports in history."

Lally and his teammates admit they watch the UFC cards with the hopes of catching a good fight. But they argued that's all MMA matches are - a fight.

"Boxing is the sweet science. Boxing has always been known as that," Lally said. "There's a lot to a UFC fight too, with the grappling and holding and rolling around on the mat.

"Those MMA guys can roll around on the floor with each other all they want. That stuff just isn't for me."

And vice versa. "A lot of the MMA guys think they can box with us," Lally continued. "It's a lot of fun when we spar with those guys because they have no idea what they're doing. That's just an example of how different they are. They're good at what they do and we're good at what we do."

Boxers will argue their sport is more technical and certainly more humane, and that there's actually a strategy involved.

"But MMA has different forms and different techniques with wrestling and jiu-jitsu and other disciplines. To each his own, I guess," Rynn said.

"Because I have never been in MMA, I can't say how much thinking is involved or whether it's just a straight-up street fight, which is what it looks like a lot of the time. I know boxing is more thought out with strategy and planning, but I have a biased opinion."

Mixed martial artists claim their craft is the fastest-growing sport in the world. Attendance for its cards and revenue generated through pay-per-view on TV would back that up. Saturday's UFC 129 in Toronto was the first of its kind in Ontario since the provincial government legalized it in 2010.

Ontario and B.C. are known as the hotbeds for MMA, much like Saskatchewan is known for its football. But Rynn said boxing has its pockets of popularity too.

"It's to the point now where you don't even hear much about boxing in cities like Calgary or Vancouver," said Rynn, who is from Calgary. "Boxing is just not a big deal anymore in those cities. But when you go to a city like Montreal, boxing is huge. The southern states in the U.S., and in California and the Latin American countries, boxing is so big in those places.