Quest for Glory FC: The Beginning 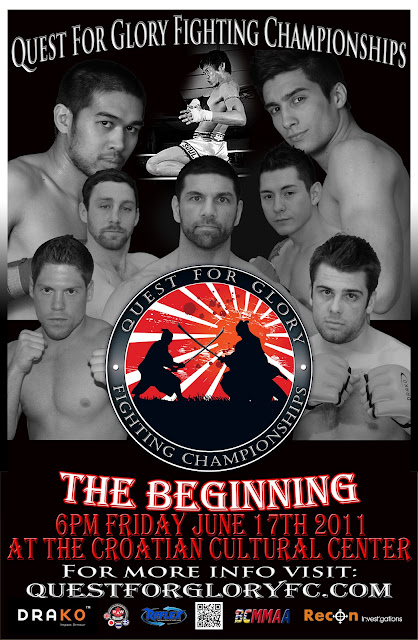 Quest For Glory FC announces the release of more tickets for their June 17th show at the Croatian Cultural Center in Vancouver. The card will feature 15 action packed bouts with 3 MMA titles and 1 Muay Thai title on the line, as featured below.
The amateur MMA show will be head-lined by one of the city's most anticipated re-matches; Oliver Vajda (4-0 Carlson Gracie Jiu Jitsu) will defend his title against former opponent Ronald Diaz.
Diaz has accepted the match after the wrist injury to Walter Barrios. Everyone wishes Walter a speedy recovery but the show must go on.
The previous match between Vajda and Diaz in 2010 was a grueling affair that left many fans on the edge of their seats with a close split decision. The rematch promises to a thrilling and heavy hitting contest.


There is no reason to question the finely tuned ground game and striking abilities of the two opponents.
You will only be able to see this epic battle at the Quest for Glory Fighting Championships on June 17th. 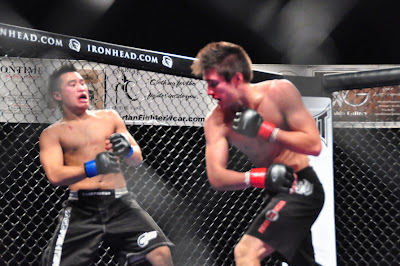 Joe Halfar (Posner's Pankration 5-1) and Josh Wright 3-1 (Dragon's Den Elite) will square off for the 160lbs. Muay Thai title bout. This is the fourth title bout planned for the evening and is expected to be an exciting and thrilling match.
An interesting non-title match has former Western Canadian Muay Thai champion and two time former BC Muay Thai Victor “The Dragon” Wang (8-1 Muay Thai, 2-1 MMA) squaring off against undefeated Jake Lindell (4-0 Spokane CanUSA Fight Team) in a Canada versus USA MMA bout.

Tickets are on sale through ticketscene.ca. Tickets are selling fast, so be a part of MMA in BC history and witness the first ever QFG welterweight tournament.
Quest for Glory, ‘The Beginning’ will be on June 17th at the Croatian Cultural Center in Vancouver BC