UFC 131 tickets on sale next week for Vancouver show 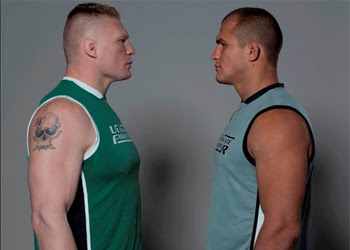 Tickets go on sale next week for the UFC's return to Vancouver, British Columbia, Canada.

"Brock Lesnar and Junior Dos Santos are two of the most explosive heavyweights in the game, and I give both of them a lot of respect for taking this fight," UFC president Dana White stated. "Brock wanted the quickest way back to a title shot, and he's willing to go through Dos Santos to do it. Junior could have waited around for his shot at the belt, but as a true fighter, he didn't want to sit around, and now he faces one of the toughest guys in the game.

"This is going to be one of the biggest heavyweight fights in years, and it's guaranteed to be all action from start to finish."