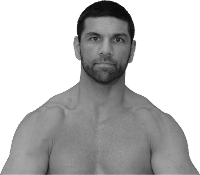 1) How did you get into the sport of martial arts?
• I had taken Judo at the age of 6, then Karate around 16 and dappled in Kung Fu, Boxing, Wrestling and BJJ throughout the years but not until I actually wanted to do it to NOT fight did it stick... and that was at the age of 27 with KB. From there I've been pretty consistent  and evolved into the MMA world in the last 4yrs.

2) What is your favorite strike or submission?
• I'm a ground and pound guy so I'll take whatever they give me.

3) What or who is your biggest inspiration?
• Randy Courture for what he's done at his age.

4) Who do you train with? Why? Who pushes you the hardest in the gym?
• I train out of Dragons Den with Steve. It started out as convenience (closest to my place)  because I was driving all the way to N Van to train at Wolfes Den and before that drove to Revolution. Now my Main stay is D Den and I randomly go to other gyms to learn new things and add it to my arsenal. Nobody pushes me harder than I push myself. Each and many people play a role and training for fights I take a Shit Kicking but in the end my Mental toughness is sound.

5) Where do you feel most comfortable in a fight?
• Where ever my opponent doesn't want to be. My first style is stand up but breaking your opponents will is to make them uncomfortable therefore I want to be where they don't want to be. This is a mental game just as much as a physical one.

6) If you could say one thing to your opponent, what would it be?
• Nothing.

7) What makes you different than any other local fighter in mma in your weight class?
• The fact that I'm 37 and kicking their ass's

8) If you could watch anyone fight in any era who would it be?
• Jose Aldo and Eddie Alvarez

9) What do you want to be remembered for?
• I don't care what I'm remembered for. But I care that I act like a professional and lay it all on the line in the cage. So I guess you could say I want to play a role in helping this sport evolve and be seen as a sport of professional athletes and not thugs. The thugs won't survive in an intellectual athletic sport... it's just a matter of time. 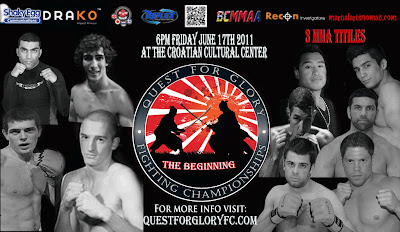