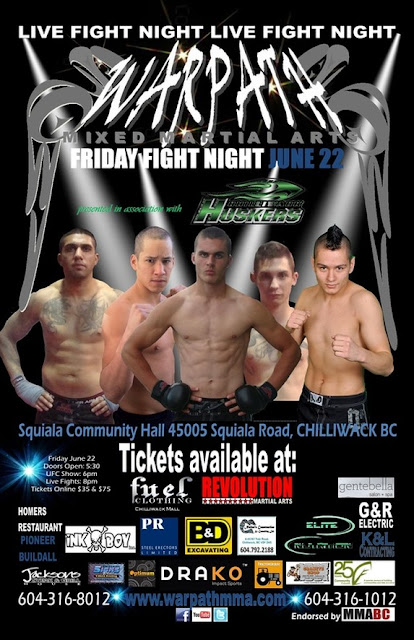 MMA fighters getting into the ring are Wade Apps, Brandon Wolkosky, Johnny Thompson, Ed Canuel and Taylor Shelly from Revolution Martial Arts in Chilliwack, Miller Rogers from Avalance MMA in Yukon and Dustin Parsons and Andy Padda from Mamba MMA from Abbotsford, BC. Check out the Official Fight Card here.

WarPath MMA has become a MUST-GO to for anyone living in Chilliwack or the Valley. You won`t find anything like this around. If you aren't a fan now, we guarantee to make you a crazy MMA fan on the 22nd.
Tickets are available now. Call 604-316-8012 to reserve.!