Menu
Home » »Unlabelled » New drama "In His Blood", based on the life of "Tricky" Nick Marinos

New drama "In His Blood", based on the life of "Tricky" Nick Marinos

A+ A-
Print Email
Joel Mark Harris is pleased to announce he is joining in partnership with Nick Marinos to create the drama In His Blood, based on the life of Nick Marinos, three-time Mixed Martial Arts champion. 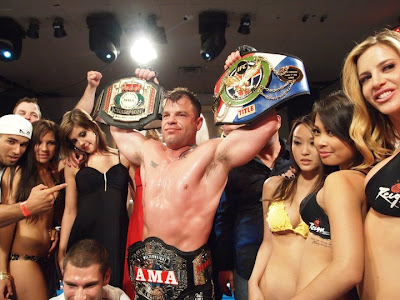 About Nick Marinos
Nick grew up in North Vancouver on the Squamish Indian Reserve. As one of a triplet of brothers, Nick found growing up extremely tough. He was picked on and beaten up a lot by his classmates and so at the age of eight he decided wanted to learn Martial Arts to defend himself. He began to study kickboxing, Kung-Fu, and in high school, wrestling. However, he decided to hone his skills further and went to Cyclone Fighting Arts where he met his teacher and lifelong mentor Fred Shadian.

However, at first, Fred was unable to steer Nick in the right direction and Nick got swept away in a life of crime and continuous drugs until he ended up in jail for bank robbery.  In jail, Nick had to contend with some of the toughest gangsters in Vancouver and had to survive using the street fighting skills he had learned in his youth.

When Nick got out of jail, he realized he didn't want to end up like a lot of his former friends who had life sentences or had been killed in Vancouver’s vicious drug wars and decided he needed a new direction in life. He found one in the form of Mixed Martial Arts.

Although many people told Nick he didn't have the skill or talent to perform in the ring, Nick went on to become the most popular local amateur fighter in the history Vancouver and has won an incredible three amateur welterweight titles: I.F.C, West coast Promotions and A.M.A.

Now Nick is focusing his talents on acting and has become one of the hottest sought-after Canadian stars. When Nick isn't acting or training, he raises money and volunteers his time for underprivileged youth who he hopes can learn from his life story. 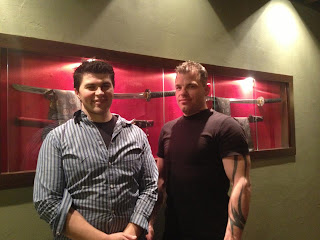 About Joel Mark Harris
Joel is an award-winning journalist, writer and producer. He is the writer of the multi-award winning movie Neutral Territory which is now being played across North America and Europe. His debut novel A Thousand Bayonets is the winner of the Pinnacle Award for best Thriller, and also nominated for Giller’s Prize Readers Choice Award and short listed for the Los Angeles Book Festival Award.