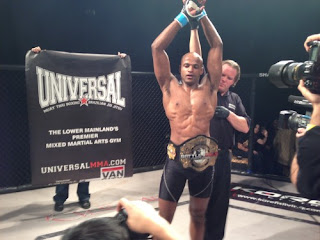 Mainevent
Leo Xavier defeats David Kennedy at 2:59 of the third round by tapout due to a knee bar – New Welterweight Champion