Menu
Home » »Unlabelled » A Legend has Fallen, Another has Risen from the Ashes

A Legend has Fallen, Another has Risen from the Ashes


Let’s start by reviewing Rory Macdonald’s fight, what an amazing turn around and I have to say the most heart I have seen from a fighter in some time. Rory, even with a possible broken eye socket, was still giving everything he had with every determination to finish the fight. As he fully dominated the first two rounds it was the third round that truly tested his drive and passion for his sport. 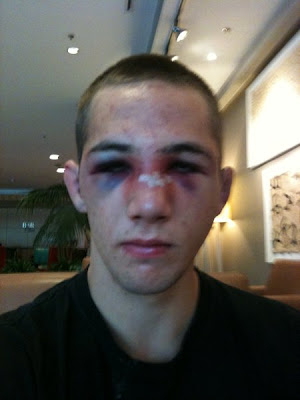 Congratulations must be given to Carlos Condit as he gave a spectacular performance and Rory put it best when he said that Carlos was the toughest fighter he has encountered. Carlos transformed from the defensive passive fighter of the first two rounds into what one can only call, an animalistic attacker. His sheer ruthlessness was as entertaining as it was surprising.   A huge congratulation to both fighters for receiving Fight of the Night, it was well deserved.

On a final note, recognition must be given to Rory Macdonald for his extremely classy post fight comments and his humble acceptance of the referee stoppage and final judge’s decisions. Rory, we were all cheering for you and all of BC cannot wait to see you fight again. 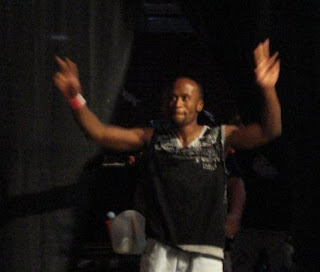 Canadian Claude Patrick gave a beautiful technical finish, his skill was what you would expect from a ten year veteran of the sport and he did not disappoint. We expect to see great things from this Canadian fighter and are all eager to see what he brings in the future. This fight could be said it was not a crowd pleaser but cannot be argued that Claude Patrick is one of the most talented Canadian Jiu-Jitsu fighters of his time.


An emotional win for Mirko Cro Cop, he needed this one and brought everything he had to the table. Pat HD Barry gave the Croatian Cop a real fight; he dropped him two times in the first round and let Cro Cop get up both times. Many will speculate this is because he was facing his idol in the octagon and that was his opportunity to finish the fight.


A well executed Rear Naked Choke secured the win for Cro Cop in the last few seconds of the third round. We expect that we will have much more to see from the Croatian fighter, no early retirement expected here. There was a huge Croatian support in the stands as Croatian flags and colors were flying and it was clear that Cro Cop has a great following here in Vancouver.

Now that Cro Cop has defeated Pat Berry, he may have to go through Cheick Kongo before he can secure a shot at the Heavy Weight Title against Brock Lesnar. This would be an excellent rematch from their 2007 fight which was ended in a judge’s unanimous decision for Kongo.  Find out what Chieck Kongo had to say about this possible match up in an exclusive Cheick Kongo interview from BCMMAA.COM, to be published later on this week!

Now for the main event, history was made last night. Rich Franklin pulled out an amazing win over Chuck “The Ice Man” Liddel. There was only one round but it was a battle that has been rarely seen. Both fighters were landing heavy blows to their opponent and within the first minute Chuck Liddel landed a powerful kick to Franklin’s left side which caused his a severe break of Rich’s left forearm. Amazingly this was not detected by the crowd and Rich Frankilin battled on seemingly unfazed.

This fight had the ability to finish with any outcome but the finish it did have was an amazing one.  Rich Frankilin made history by defeated Chuck Liddel with a well timed right hook in the last 30 seconds of the first round. Being one of few that has ever TKO’d the Ice Man; Rich was the fighter who has possibly just ended Chuck LIddel’s career in the UFC, even though that is not what Rich Franklin wants to eb known for, as he said in the press conference today. Joe Rogan and Mike Goldberg did not hold back in expressing how much they believe that this was Chuck’s career ender and it is time for him to “disappear into the sunset with dignity.” Dana White confirmed this today, as he personally guaranteed that the Ice Man will not fight again, but will always have a place in the UFC.  Is this the last we will see of Chuck “The Ice Man’ Liddel, was last night his career ender or will he still come back to challenge Tito Ortiz and his title as the Light Heavy Weight Champion?

This match cannot be talked about without mentioning the amazing heart that Rich Franklin gave, a lesser man could of stopped the fight with a broken arm but Rich not only finished it, he continued to strike with his left. One of the final blows that put Chuck out was with Rich’s left arm. We expect to see great things from this man and I personally cannot wait to see who he will fight next. A new legend may be in the making.


At the time of writing this, there were no incidents at UFC 115, great job Vancouver for putting on an extremely successful and classy event. We cannot wait for UFC to come back to town. As for the two “hat-snatchers”……Really?!  I understand that you were excited about our first UFC event, but to steal from the fighters was ridiculous and you have embarrassed Vancouver. How drunk, or what were you on to steal from a 250lb fighter and a Brazilian SWAT officer who fights MMA in his spare time? Great job to the crowds and fans, you all showed amazing support and your classy conduct has helped to secure Professional Mixed Martial Arts return to Vancouver and continue to grow in BC. 17,000 gathered at GM Place, producing 4.2 million in sales at the gate plus 20 million in direct revenue for the city, at this time we do not know what the Pay-Per view revenue was, but it is estimated at 20 to 30 million dollars. Meanwhile we at BCMMAA will continue promoting local talent internationally and if we have to we will campaign to elect Rory Macdonald as BC’s Premier just to make it happen!

By Ben Mehdi and Nadine S.