Menu
Home » »Unlabelled » Langley, BC Boxing has found a new home base at Revolution Gym

Langley, BC Boxing has found a new home base at Revolution Gym

City Boxing has found a new home base at Revolution Gym.

Amateur boxing in Langley has a richer tradition than most would expect.


The Langley Boxing Club has been around since the 1940s and up until the early 1990s, the Ross family had been at the heart of the sport locally.


Denny Ross and his two sons kept the club and sport alive in Langley for years according to Dave Allison who, in 1991, brought his then eight-year-old son James to the Langley club to give him a taste of the “sweet science.”


Allison himself, 30 years earlier, also entered a club at age seven, back in the 1960s with his father who boxed in Scotland and in the British Army.


The Allisons took the mantle passed on by the Ross family and have kept the sport going in Langley.


James Allison went on to have a great amateur career that included 72 fights including seven B.C. titles and two national medals.


Dave Allison was head coach of the Port Kells Boxing Club through much of the 1990s and at times trained both Tim Thurston and Tyler Jackson as well as Thurston’s younger brother Trevor.


An invitation by Tim Thurston and Jackson brought everything full circle, now that the Allisons’ City Boxing Club has merged its boxing program within the confines of Revolution Martial Arts and Fitness.


“It is bringing the rich local tradition of the sport in this area to a facility that is truly world class,” said the elder Allison. “It has been difficult for us to keep a competitive boxing program operational and making the economics work. Tim invited us to Revolution and has provided a home for the City Boxing program.”


Dave Allison said the move allows City Boxing to “spend… real time to develop the youth to where they can achieve the highest levels. Revolution already had a boxing program, however it was mostly a fitness/recreational program. This program is still available at Revolution, however now a real serious boxing program is operational.”


He added that his boxing program is “second-to-none and real competitors are being produced.”


Both Allisons have NCCP coaching certification in boxing and possess first-aid tickets.


If boxers wish to try the Olympics or turn pro, the program and trainers are there to foster boxing at all levels. Dave Allison elaborated.


“Even those who wish to train for fitness will benefit from the higher-level atmosphere,” he added.


Dave Allison said Revolution, best known for mixed martial arts (MMA) and other forms of martial arts training, is “really a unique gym in the levels you can achieve in what ever combative sport you choose to be involved with.”


City Boxing hosts the hugely popular Clash at the Cascades amateur boxing series that takes place on a monthly basis at the Coast Hotel & Convention Centre.


“The sport of boxing is rich in tradition in Langley, and I believe still the best sport out there to build character in youth,” Dave Allison said. “It gives them an outlet and a structure to adhere to that foster self-respect and self-confidence. Anyone that makes a contribution to this sport in Langley is helping the community.”


Two of Langley’s young and up and coming boxers challenged two Americans earlier this month. Fighting in the States is always a challenge for Canadian Boxers due to the depth of competition on the U.S. side, Alison explained.


Mat Andreatta, who just turned 17 in January, had the toughest challenge when he took his 6-0-1 record into the ring with 20-year-old Nestor Garcia. The age difference was the big difference and a challenge for teen.


Andreatta’s last fight was against 22-year-old Derrick Wong who weighed 118 pounds to Andreatta’s 125.


“This time weight was in the slight favour of Garcia as was experience and this created a tough grinding contest,” Alison said.


The first two rounds went to Garcia by a slim margin, however Andreatta was able to turn the tide in the third. This was not enough for the judges who saw it for the American handing Andreatta his first loss.


Club mate Dustin Oster 16 had an easier assignment and looked great in nearly stopping his opponent Jose Gualip 15 in the second. Oster could not seal the deal and had to settle for a unanimous decision win. Oster now sports a 2-1-0 and looks to avenge his only loss May 6 when he rematches Ibrahim Ibrahim at Clash 8. Allison said both of the local fighters handled themselves very well stateside and can be proud of their performances.


Dan Csaszar, an 18-year-old super middleweight, has joined the City Boxing Club. Csaszar may be the best young prospect in B.C. and if there were such a thing as a first-round draft pick in boxing to advance to the pros, Dan would be the guy, said City Boxing manager Dave Allison.


Csaszar is not yet ready for the pros but is close, Allison added. The boxer will appear in Clash @ The Cascade 8 on May 6.


At the match, Shawn McDonald, 21, and Jake Weitzel, 29, will rematch for Weitzel’s BC Welterweight title.


These two have both one victory against each other over the past year and both were split decisions this is the tiebreaker.


This will be a chance for boxing fans to get a look at Csaszar when he meets a very tough Ty MacDougall who is favoured to defeat Csaszar.


MacDougall was the 2008 BC Golden Boy as the outstanding boxer at the Golden Gloves. MacDougall took a try at the pros then returned to the amateurs regaining his amateur status with Boxing Canada.


The seven-bout show at the Cascades will also include Langley’s Darren Cooper and Aldergrove’s Luke Davies. Allison said on paper this may be the highest quality-boxing event yet in the Clash series. 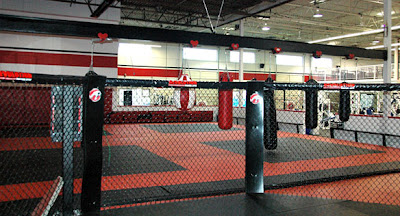