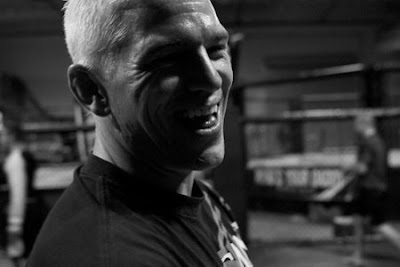 Tompkins, a Tillsonburg, Ont., native, was remembered for his generosity, outgoing personality and love for friends and family.

“Shawn would be touched beyond words by the outpouring of love from the MMA community,” said wife Emilie Tompkins — the sister of Stout — in a statement released Sunday night. She arrived Monday in London, Ont., from their home in Las Vegas.

“Sam Stout, Chris Horodecki, Mark Hominick, Kekoa Quipolta, Mr. and Mrs. Tompkins and I thank you for the respect you have shown us during this trying time. Shawn loved MMA and he considered all of you family. We will miss our Coach very much.”

Tompkins, after a short fighting career during which he went 0-4 for the UCC promotion in Montreal, made a name for himself as a trainer in Canada, developing future Ultimate Fighting Championship competitors Hominick, Stout and Horodecki.

In 2007, Tompkins and his wife moved from London, Ont., to Las Vegas, where he worked at the Xtreme Couture gym alongside UFC legend Randy Couture. Tompkins became head coach at the TapouT training centre in 2009.

“Shawn was a mentor and coach to many of us in the MMA world. He will be sorely missed!!!” wrote Couture on his Twitter account.

Tompkins was back in Ontario to help Horodecki train for a bout on Sept. 10. On Saturday night, he was watching a fight card in Hamilton. He went to sleep that night and did not wake up. He was found around 11 a.m. ET by a friend, according to a posting on Twitter by Joe Ferraro of Rogers Sportsnet.

“I just think the reality is setting in now,” said Hominick, according to the London Free Press.

“We are trying to get our head around this and we just can’t. We’re trying to hold it together but it’s so hard.”

An autopsy was scheduled for Monday to determine cause of death.