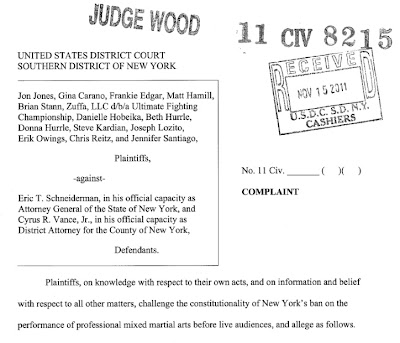 Here's a an excerpt from today's filing:

And that doesn't include the jobs and additional income from regional or independent promotions also throwing their hat into the New York fight scene. Put simply, money talks … and the UFC has the numbers to back it up.

Unfortunately, no one is listening, which has prompted hem to take it to the next level.